UNLOCK THE MAGIC CODE
UIWeaver’s patent-pending technology can fix a glitch without rewriting the code, even the FAA agrees.
By Kathryn Atkins for The National Business Post October 19, 2021
Try to imagine a dark room of bent-over developers writing computer code ‘til all hours of the night. Sweat and desperation fill the air after days of focus and concentration as the team works to get that last piece of the puzzle placed. Finally, they lean back in their chairs and ask, “Does the program work?” Countless hours go into today’s apps and web interfaces. It all appears clean, well-placed, and easily understood from our side—the user side. Graphics, content, and intuitive structure are normal pieces of how we interact with a software program. And today, whether in our business or personal affairs, we use software for all facets of our lives. Starting with a BETA version (which has already gone through in-house “alpha” testing), the software programmers have their initial tools in place to manipulate before the general public has access. During this time, they fix “bugs” or mistakes in the system. Days lead to weeks, which lead to months, and much like home repairs, the work doesn’t seem to get done on time. For computer programs, the stakeholders want their projects to be completed correctly. And they definitely want the final work to appear as it was initially laid out in wireframes, (the program’s fundamental elements) on paper. Often millions of dollars are at risk. One glitch in the system and Richard Branson’s flight around Earth’s orbit might not have happened. Now would any computer programmer on the planet have wanted to be the one whose code might not have made that flight successful? Of course not. Yet, someone had to have written the code without a glitch, in order for all systems to function as originally discussed. For the person writing code in numerous acronym-laden languages, the metaphorical sweat drips mercilessly until the final test decides if the desired outcome works every time. Every single time. Often a company’s software competitor comes out with a product enhanced with better code. The interface is faster, the program easier to use, the service provides more value. When that happens, developers will often go back to the drawing board for a few more weeks of work, and in that time, the initial competitor won the contract and captured further market share. The patented-pending development of UIWeaver Yes, it happens all too often. Time is of the essence. And with millions of dollars at risk and hours of human resources at play, getting the code to work is essential. Rajashekar “Raj” Ramasahayam, a full stack RPA (Robotic Process Automation) developer at Ekin Solutions, Inc., created UIWeaver, a code automation tool designed as a time saving catalyst for coders. It allows code to be quickly be dropped into the workflow and it attaches itself instantly, savings hours of rewrites. Call it “Uber” for software developers. A normal two-week stint at the computer involving a complete code revision can be reduced to five days or less for even the most complicated programs. Raj says, “My automation tool is being successfully used with the FAA, the GSA, and several other government entities and commercial operations. It works, or they wouldn’t continue to use it.” The market for drag-and-drop Today there’s lots of competition for this type of automation tool. Google “drag-and-drop computer codes,” and dozens pop up. Also called “low-code development platforms”, most are offered to the marketplace by big players like Microsoft (Microsoft PowerApps), Google (Google App Maker), and others such as FileMaker, and Quixey. These are all similar solutions, but they don’t offer what UIWeaver offers as a patent-pending solution.
“I saw how many of my coworkers struggled to get a computer program to work, laboring for long hours, stressed out, and sometimes being faced with having their code do what it was supposed to do—only to find out that they were too late, as another team had already solved the problem. I thought, certainly there had to be a better way.” 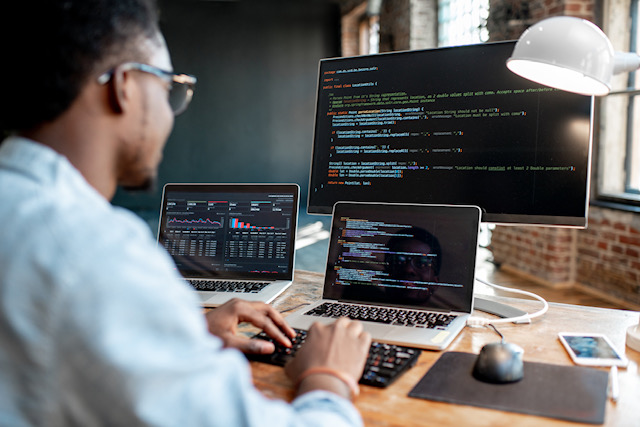 In pursuing the patent, Raj sought to make sure the product stood on its own and was unique. “We committed ourselves to the development of a product that would be superior to what was available in the market.” The UIWeaver automation tool also has a GSA Section 508 compliance, assuring accessibility for people with disabilities. The final review and approval process for this type of patent can take anywhere from twelve months to five years, and as of June 2021, there were more than 632,000 unexamined patent applications waiting to be reviewed. With having the official “patent-pending” attached to the UIWeaver, it has passed the first hurdle of the USPTO (United States Patent and Trademark Office) application process. Learning from failure Raj explained, “The patent application was a lot of work, but it was worth it.” After nine months in development, creating prototypes and experiencing setbacks, Raj knew he was onto something. “By learning what didn’t work, I could see what did work. And I found out learning from failure made me stronger. It increased my resolve.” Finally after two years in development, the coding tool was submitted to the USPTO. Raj says “My satisfaction comes from knowing that users in the development cycle can now overcome data loss, technical limitations, and poor performance by accessing this automated code tool, eliminating the high expenses stemming from outdated legacy systems. The results are better performance, increased efficiency, scalable applications, and low maintenance costs.” Real-world solutions There are many examples today in various business verticals where the benefits of the UIWeaver coding automation tool has quickly fixed glitches inside several weeks worth of written code, allowing industries to save time and resources. As Raj explains, “In the marketplace, the banking industry especially benefits from the UIWeaver tool. The loan life cycle has been greatly condensed to as few as five business days by using our drop-in-code innovation. Before, a typical loan life cycle could have taken weeks of developer coding and recoding time.” According to the article “How to Reduce Operating Expenses in Banks” from The Lab Consulting, “The best way to lower costs is to standardize common processes.” Brick-and-mortar banks are competing with fintech startups, mobile apps, and more. “Banks have to save money by requiring fewer staffing hours to handle loans and many other processes. The UIWeaver tool can do this task automatically,” Raj adds. “Another area where UI Weaver has shown to reduce costs is in the insurance industry. Again, automation saves personnel costs, and decreases errors at the same time.” Living better lives Raj states that he invented this patent-pending product so his teams could work smarter, not harder, on coding and have more time for innovation. “I would like people in this profession to have more energy for their families. The idea that I’m helping people work more efficiently and have a better quality of life is very important to me and why I created UIWeaver in the first place. While rewriting code used to take days or even weeks or longer, for more complex software applications (like for a Tesla car), our new drop-in code can reduce the coding work from weeks to days and the days to hours for the application to be up and running again. Computer programmers’ coding work is reduced accordingly.” Today, in addition to his profession as a full stack RPA developer, Raj tutors college-level students in “real-world” computer programming in hopes of making them more hire-worthy. As Raj maintains, “Sometimes what they learn in school cannot be used in the workplace. So,” he says, “when I support young people, it is in hopes that they can get better jobs right away, and it makes me happy.” As for Raj’s future goals, he wants to find more ways to help his colleagues and students, and he wants to keep supporting his family here in the United States and at home. He says, “I tell people never to stop pursuing their dreams, and always support people along the way as they pursue theirs. I love helping people and solving problems. It’s why I get up in the morning.”
Copyright © 2021. The National Business Post. All rights reserved. 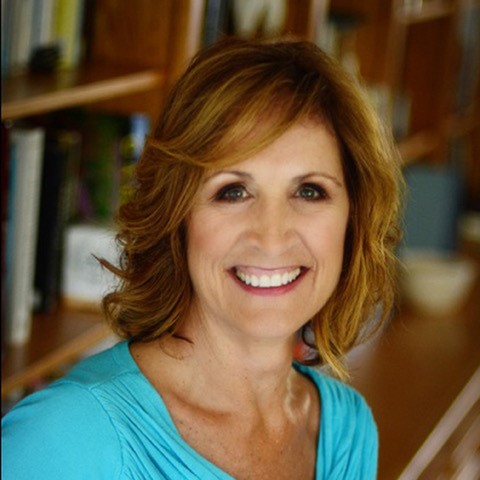 Kathryn Atkins is a freelance business writer and published author working out of Southern California. A recent graduate of Seth Godin’s altMBA, she also has an MBA from UC Berkeley, plays the piano, dances flamenco, does yoga, and loves to read. She can be reached at kathryn@kathrynatkins.com. Her other works can be found through these online outlets: Amazon | LinkedIn | Website | Blog | YouTube