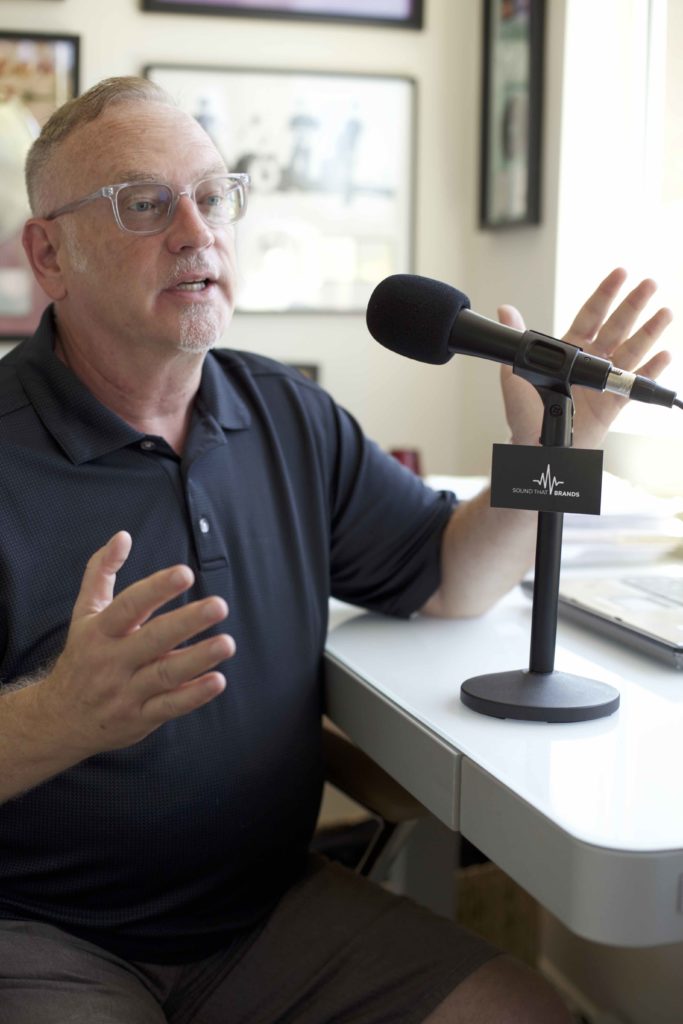 READY SET ENGAGE
Podcasting is the new way to engage your core audience. LA radio executive Dave Beasing of Sound That Brands makes this possible for many large scale clients.
By Ed Crane for The National Business Post
For as long as there’s been mass media, advertising has been the toll booth on the road to information, entertainment or any other content. You couldn’t get through the New York Times or the Plano Texas Pennysaver without encountering print ads. To watch a 30-minute TV show, you would wade through eight minutes of commercials or promotional announcements. Listening to your favorite music station meant a seemingly endless stream of pitches for acne cream, burgers or used cars, between Top 10 hits. The digital revolution has changed that. Streaming services like Spotify, Pandora and Hulu offer music and entertainment without commercials. Cable companies do the same thing too, if you don’t mind watching TV via DVR, where you can fast forward through the advertising. Good for consumers, bad for advertisers as they’ve seen the expensive ad vehicles they produce diluted or even lost on the audience they’re paying to reach. Yet, a relatively new and fast-growing medium is giving advertisers a valuable weapon, one that reverses the trend for viewers and listeners to avoid their message, and actually moves them to embrace it. It’s podcasting – a 21st-century creation that’s at once, a little bit old time radio, a lot of new technology and a versatile medium helping to satisfy the consumer’s voracious appetite for content. It all began in 2004 when an ex-MTV disc jockey found a way to download internet radio broadcasts, and listen to them on demand. Apple got wind of the idea, and in 2006, podcasts began showing up on iTunes, SoundCloud and other portals. Fast forward 15 years and, according to the New York Times, there are now about 800,000 podcasts available at any given time, with 150 million Americans (close to half the population) having listened at least once to a podcast, with 90 million having listened to, at least, one in the last month. Unlike commercial television or radio, podcasts draw in listeners, because listeners want to be engaged, and the content is something that interests them. It might be news, politics, religion or a hobby; news about a sports team, their community or a venue for instruction. Whether it’s raising kids or installing a smart TV, the offerings of information are endless. For advertisers large and small, podcasts are a dream come true. Former radio executive Dave Beasing saw the advertiser advantages to podcasting when he founded Sound That Brands two years ago. Now, he and his team of veteran sound technicians and digital marketing pros offer a full service podcast agency, that in essence uses podcasting as a branding tool. “The key,” says Beasing, “is to offer content presented by a brand, not interrupted by a brand.” Beasing and his team take time to learn about each client, the market they are trying to reach, the message they hope to deliver and the best way to deliver it. Next, they use what they call a “Story Finder Matrix,” blending factors like brand strength and brand stories or anecdotes to determine just how brand centric a podcast should be.
“Even the biggest brands on earth are going very, very niche to find that deep engagement with a listener,” says William Corbin, Sound That Brands VP of Revenue and Brand Partnerships, “because they know at the end of the day, that deep engagement is building out their customer community and word of mouth dialogue that helps sell their product.” 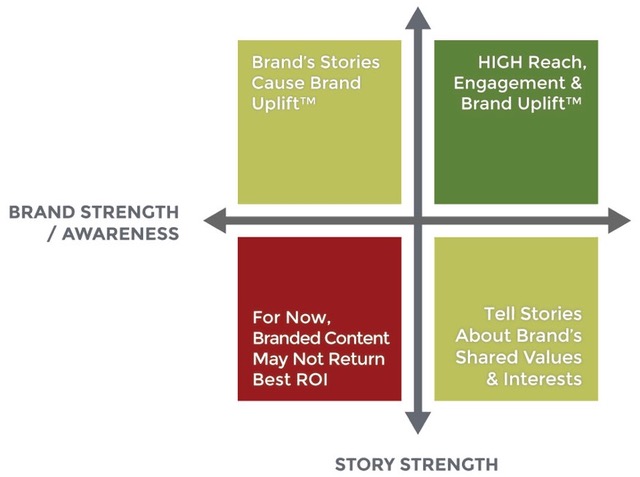 While Beasing and Corbin play their client list close to the vest, the branded podcast category on platforms like Apple now includes name businesses like TARGET, TRADER JOES, FIDELITY INVESTMENTS, JACK DANIEL’S, EBAY, SEPHORA, FACEBOOK, and JOHN DEERE. “In my opinion, podcasting is currently the best vehicle to give a business a point of differentiation to further solidify the brand with a reasonable cost of entry and ease of distribution,” says Jeff Holden, another former radio executive, who counts podcasting as a growing option for his Sacramento media marketing firm, MultiPoint Content Strategies & Hear Me Now Studio. He says it allows the business or business owner to tell his or her story in their own words, while at the same time controlling the content. “These days,” he notes, “it doesn’t get any better than that.” Beasing sees multiple advantages to podcast branding. Start with the power of sound. Scientists agree that sound is the one sense that reaches the brain fastest, ahead of sight, touch or smell. Podcasting is all sound. Unlike video – an experience that demands multi sense concentration – sound in the form of a podcast is, says Beasing, “the theater of the mind,” taking the listener on his or her own journey of perception and imagination, and has one big advantage: Listeners can multi-task, enjoying a podcast while driving, riding a commuter train or tending to chores around the house. Then there’s the cost. “We can script, record and deliver a podcast for about $1,000 per produced minute. Compare that to a video story, which may entail travel, multiple crew members – a production which could be six figures or multiple six figures.” While new technology makes podcasting possible, there is a “back to the future” element too. “Theater of the mind” harkens back to old time radio. The idea of “delivering the content, not the interruption” is where commercial advertising began. William Corbin calls it the Mutual of Omaha model, recalling the television program Wild Kingdom, which the insurance giant sponsored for years, almost entirely as a presenter, not as an advertiser. Viewers looked favorably on the company, not because of their advertising message, but because they delivered entertaining, compelling family entertainment, without the commercial message. Once Beasing’s team and the client agree on their podcast message, an array of services is offered: scripting, sound recording, “talent” coaching, and post-production, with music and sound effects where appropriate. “We coach them, we work with them on what they need to say,” Beasing explains, “We will script a lot of it, prompt them off mic, and sometimes just throw the script away, allowing them to deliver the message in their own words.” “Sometimes, if the studio is too intimidating, we take the microphone to them. For some, the antiseptic studio psychologically tells them they’re ‘on,’ and that’s pressure. Better to set up the microphone in a comfortable corner of their office; it’s their turf, they loosen up and soon forget the recording equipment is even there.” From casual conversation, to contract, to finished product, the podcast process with Sound That Brands is a minimum of six weeks, about half of which is the waiting time for placement on podcast players like iTunes. The time can be shortened for customers who can place the finished product on their own website or social media page first. With an investment by Emmis Communications, Sound That Brands is poised for quick growth to accommodate what they predict will be a doubling of their revenues in 2020. Letting them brand your business, in your words, at a reasonable cost? Might be a sound strategy.
Copyright © 2020. The National Business Post. All rights reserved.
Ed Crane is an award-winning broadcaster and freelance writer whose career spans more than four decades including anchoring CBS Radio’s World News Roundup and CBS Special Reports. Today, Ed makes his home outside Sacramento, CA, where he currently resides with his wife Barbara and their Yellow Lab Sandy, enjoying the pleasures and pastimes of the El Dorado Hills – golf and wine tasting.