PATHWAYS BRIDGING THE GAP WITH SAMARITAN APP
How Gerald Thompson is paying it forward helping youth off the street with the new app from Samaritan.
Lee Barnathan for The National Business Post July 14, 2022
In 2019, the Charles Schwab Corporation released a survey’s startling results: 59% of Americans are one paycheck away from experiencing homelessness. Since COVID-19, that number most likely has gone up. In Los Angeles County, the last homeless count, taken in 2020, totaled 66,436 people, an increase of 13%. The 2022 survey has been taken, but the results will not be out until later this summer, and the numbers are expected to rise again. There is no “one size fits all” in the quest to help the homeless, but an app called Samaritan was launched in Seattle in 2016 and gives community members a cashless way to give directly to an unhoused individual via a smartphone. It is also now in use in Denver, Orange County (Calif.), Portland, Ore., Riverside and San Bernardino, Calif., and came to Los Angeles a year ago. It is easy to use. Download the app, and find an individual to learn about and support them toward their goals—financially or through an encouraging note. Bill Greco, who lives in the South Bay area of Los Angeles, had read about Samaritan’s success in Seattle and aided in its launch in LA. Donations from the app often come in small amounts of $10 to $30. The public’s messages of encouragement come more frequently: 479 times have people reached out to Samaritan Members. Ashish Pamula, Growth Lead at Samaritan, is encouraged by the app’s ability to reach out to donors who have made a contribution…and remind them it’s “been a while” since they last had a conversation with an individual who may not have a stable home. This ‘ping’ has resulted in the ability for Samaritan Members (enrolled clients) to take back agency on telling their own story. “It’s the timeliness of the donations that rings the loudest bell: 90% are spent on survival needs that are desperately needed by the homeless. The donations can get them closer to being sustainable and back into the community” Greco explains. According to a quality-of-life questionnaire used by care providers through the Samaritan platform, at least four other Samaritan Members were able to increase their access to healthy food, transportation, utilities, social support, and income. “There’s compassion…There’s empathy,” Greco adds. “It changes our perceptions of the homeless. It gives these people a face, a voice.”
But Greco wanted to give the app a jolt…and his association with a one-time homeless man named Gerald Thompson and Gerald’s remarkable personal journey that paved the way. Thompson, 76, has always hustled and always worked hard. In his past, that served him well in a life of crime that included burglary, robbery, and drugs (he said he was arrested 30 times and spent about nine and a half years incarcerated). 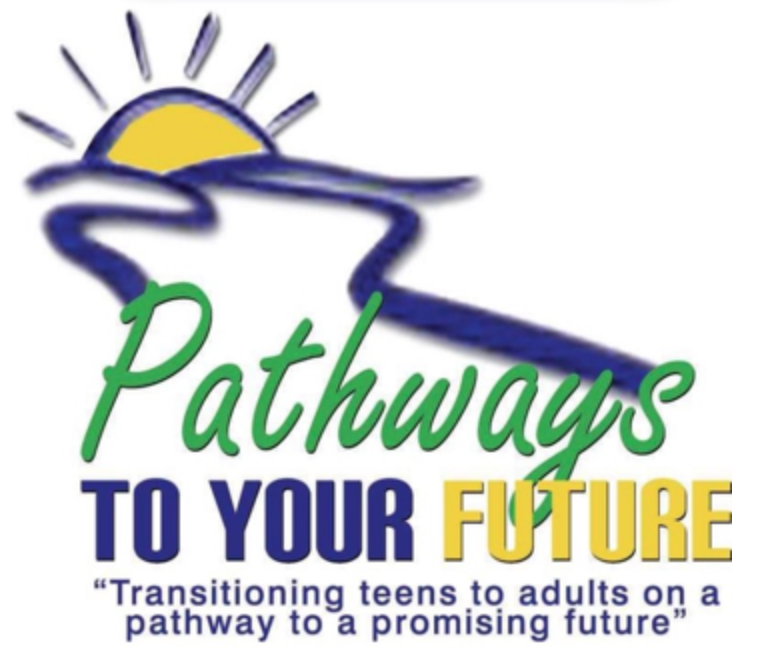 Since 1989, however, it has served him well as a mentor and advocate for homeless transitional-age youth. “He seems super authentic, self-confident and humbled,” adds Greco, who is on the board of Thompson’s organization Pathways to Your Future…and saw the synergy of Pathways and Samaritan as a natural association. “I met Gerald through my friendship with his brother-in-law Michael Banks and was immediately touched by the story of his life.” Born in Los Angeles in a clinic at Vernon and Hooper avenues in 1945, Thompson was an only child who, with his mother, moved numerous times in his childhood: to a room above the Bill (Bojangles) Robinson Theater at Central Avenue and 43rd Street, to a roach-infested one-bedroom house at Compton Avenue and 43rd, to a nicer house at 43rd and McKinley Avenue, to a two-bedroom at 54th Street between McKinley and Avalon Boulevard and then to 47th Street. Later, he moved to a home in an alley off 78th Street near Fremont High School. While admitting that each move was a step up, the price he paid was having to make new friends over and over. Each time as the new kid, walking to school by himself, bullies would challenge and intimidate him. He got into more fights than he could count. “I didn’t show fear,” he said. “Folks said, ‘Leave him alone.’” However, he did fall into a life of crime. He stole oil from gas stations and sold it to fences, stole hubcaps and car batteries, forged checks, robbed banks and sold drugs—though he said he was the last of his friends to try alcohol, marijuana, and stronger drugs. Sure enough, arrests and incarcerations came. He did two stints in county jail totaling 33 months, two stints in state prison covering seven years, and a federal organized crime conviction that would have put him away for 15 years had his mother not had a friend who was a federal judge that convinced the right people that Thompson should be sentenced as a minor. It was 1970 when he was released from prison. His friends threw him a big party, and it was there that he met cocaine, which would be his true partner for the next 19 years. His mother died in 1971, and with his inheritance came enough money to open dance clubs (later discos) and all the cocaine he wanted. His life throughout the 1970s was like this: Lots of money from his successful clubs and lots of cocaine. He knew he was an addict. “I hit bottom many times,” he said. He went to Cocaine Anonymous and Alcoholics Anonymous, heard the stories and determined he wasn’t as bad off as that. He married, had a daughter…Nicole…and divorced. “My addiction didn’t let me pay bills,” he said. “I said I’d pay it tomorrow. Tomorrow never came.” He was in debt to too many drug dealers to count and he knew that they put hits out on him. Finally, on May 19, 1989, strung out again and knowing the end was near, he had a vision. In it, he saw his life flash before him. He saw a skeleton that frightened him. He started crying, completely shocked and ashamed that he was in this situation. He thought about his high school-aged daughter and imagined her friends asking at her graduation where her father was. “He died,” he imagined her saying. “What happened?” he imagined her friends asking. “He OD’d.” “I couldn’t live with that,” Thompson said. He cried some more. Then he went to Cocaine Anonymous that night. And kept going back.
Three weeks later, while being evicted yet again, an AA member asked him if he could help a young man who wanted to stop drinking. This led to Thompson founding an agency called Building on Sobriety, which later led to opening and operating 10 housing locations to assist men, women, and families suffering from mental health issues, drug addiction, and homelessness.
Along the way, he joined Men Against Destruction Defending Against Drugs and Social Disorder (MAD DADS) and was elected director of the Inglewood chapter. He participated in Stop the Killing and End Youth Homelessness movements. Which led him to his new wife, who he married in 1991. That led to the birth of Pathways to Your Future (PTYF) founded in January, 2000 by Gerald and his wife Linda. Today it is run by daughter Nicole. PTYF’s mission, according to Thompson’s bio, is to “provide comprehensive education and health and human services to reduce homelessness for underserved individuals, youths and families while promoting their development and enriching their communities.” Greco loves the way PTYF and their caseworkers interact perfectly with the Samaritan app. “A caseworker assists an unhoused person in Thompson’s program with writing a profile that includes a little bit of their life story, basics they need, and their overall goals. With the Samaritan app, users enter the city, see the profiles and donate money.
Pathways doles it out as a prepaid debit card. The caseworker holds the person accountable to make sure the money is used for those specific purposes.” The website dot.la told the success story of Doug Weber…a PTYF client who was homeless for six years. After his profile appeared on the app, he received $80, which he used to buy socks and a leather belt.
Greco explains …the best part of the program is “It gives people hope. Donors can interact with them, encourage them.” It’s really about helping an unhoused person start making their way off the street. One-on-one…one person at a time. With the click of the Samaritan app.
Copyright © 2022. The National Business Post. All rights reserved.
Lee Barnathan always knew he wanted to be a writer. Back then, he thought the greatest job was sports writing. For 12 years, Lee wrote for The Signal in Valencia, Calif., and then moved onto the Los Angeles Daily News. Today, he is a freelance writer and editor for a variety of publications across the U.S. enjoying his life in Southern California.