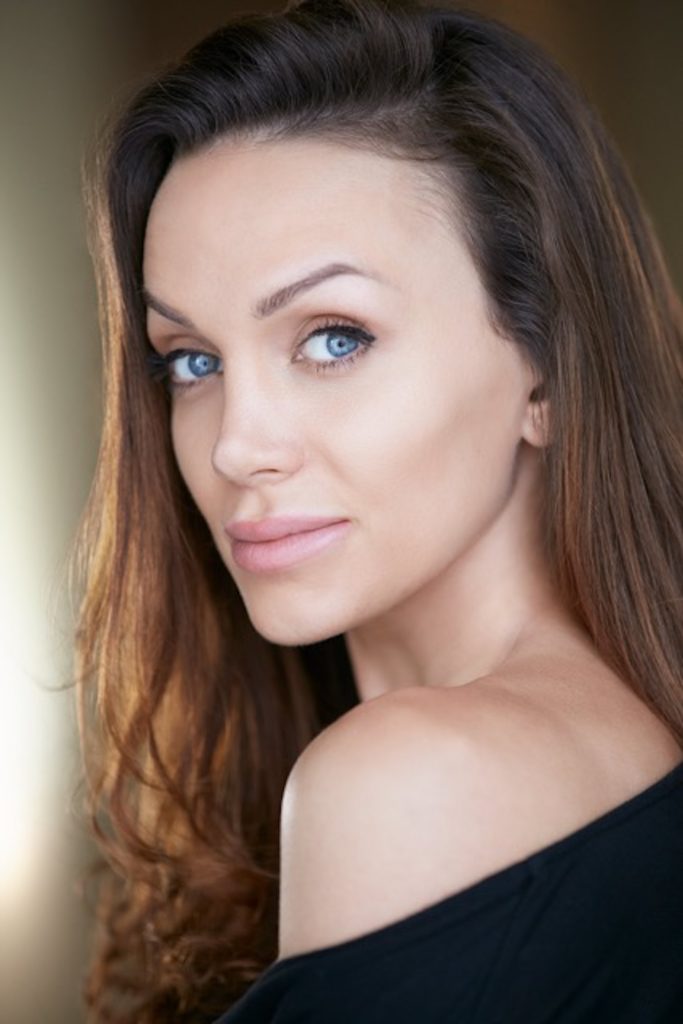 WITH CLASS AND MASTERY
From London to LA, actress Layla Louise writes her own script following in the footsteps of Hollywood’s leading ladies.
By Alicia Doyle for The National Business Post
It was watching 1950’s films with her dad while she was a child growing up in London, that Layla Louise’s passion for acting sparked. Whether it was Marilyn Monroe in “Some Like It Hot,” Elizabeth Taylor in “Cat on a Hot Tin Roof,” or Gloria Swanson in “Sunset Boulevard”, Louise was in awe of these timeless Hollywood stars, so distinguished with their mastery of acting. Louise fell in love. “It was amazing to watch what they put into their character and the way they said their lines,” Louise recalled. Her introduction to the silver screen at an early age inspired her passion for acting, a vocation that led her to Los Angeles, where she now lives full-time. Most recently, Louise starred in All American Psyko, a 2019 film about a man who risks his life to save a group of kidnapped hostages from an underground crime syndicate. The take-away from the story, “wherever you come from, you should treat each other equally,” Louise said. The moment she receives a script, she studies the role from the inside out, researching the character’s profession, envisioning what the person sounds like and how they might move – among other characteristics. “Then I get more deep,” said Louise, who delves into the character’s needs and objectives in life, giving her a back story to work with. “I always research my character before going straight into performance – it’s a number one rule for me. I have to know why my character does the things she does, and says what she ways, or else I’m working with nothing but a hollow person.” This takes time, Louise emphasizes, which she considers “precious time to get to know my character inside out.” She is applying these tactics to other films, including “Cash Collectors,” a comedy in which she portrays Diamond, a struggling exotic dancer in a nightclub; and “The Whip,” in which she plays a spiritual woman of serenity and peace who guides a young boy to destiny.
Still in production, Layla Louise takes on the role of Agent Soraya in “The Agency of International Affairs.”  This action thriller required Louise to train for fight scenes, “I am alongside my partner assigned for an operation in Japan.  She’s killed and I’m on my own…and I still have to survive.” Landing these roles has come quick, considering Louise moved from London to Los Angeles only a year ago.  Before moving permanently to L.A., she visited the city – for the first time – about two years ago, making her first stop at the Chinese Theatre on the historic Hollywood Walk of Fame, where she was mesmerized 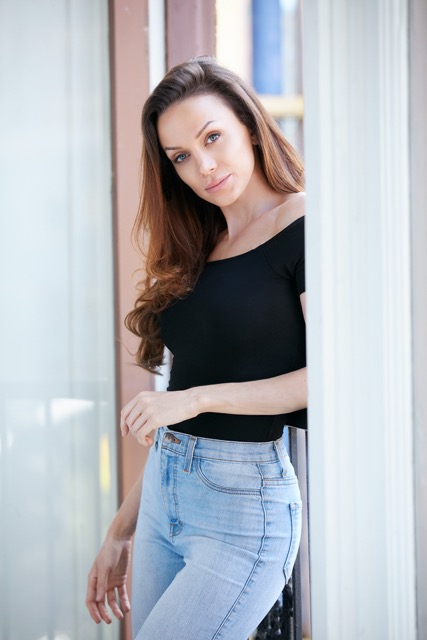 by the handprints and signatures of her favorite actors while “standing in that place where my heroes were. I was also mesmerized with how big everything was, and how much there was in L.A. – so many people from all over the world, culture, art – I just fell in love with the city.” Louise now trains with acting coach Ivana Chubbuck, who has been described by Academy Award- winner Halle Berry as “the premiere acting coach of the 21st century.” Over Chubbuck’s 35-year career, she has worked with several A-list actors and stars, including Brad Pitt, Charlize Theron, Jim Carey, Meg Ryan, Beyoncé Knowles, James Franco, Jake Gyllenhaal, Sylvester Stallone and Jessica Biel. “I just want to push myself more and more and educate myself as much as I can,” said Louise, who said her work never stops, even when she’s at home, where she’s constantly reading and analyzing scripts. Louise also trains regularly with a voice coach – working on accents and projection, knowing that the American accent is foreign to her. “I regularly read monologues and study them; I practice my accent training every day without fail,” said Louise, who also studies screenplay writing, and enjoys watching and learning from documentaries about great actors, actresses, writers and directors, including Marilyn Monroe, who Louise admires for her persistence. “When people thought she was just the sexy blonde, she had huge talent and proved it to everyone around her – in her drive and dedication,” Louise said. “She is my role model for that and I admire her so much for her bravery and courage to believe in herself and do it.” To that end, Louise believes you only get typecast “if you allow yourself to get typecast,” and her reaction is to “push yourself to play a character that no one expected.” Everyone has “a look,” she said, “but isn’t it fascinating when you see your favorite actor in film play a complete opposite character than what they usually do? You immediately are drawn to them more, waiting to see what they will do next. It makes you think, ‘wow,’ I never expected that.” While grit and talent have fueled Louise’s success, she largely credits the support of her mom and dad, who encouraged their daughter to pursue her dream. “They work so hard all their lives and have given me so much, I honestly feel like the luckiest person on earth to have had parents like them.” Although Louise was nervous about moving to Los Angeles, “my parents were like, ‘just do it.’ My dad helps me with auditions and reading scripts, and my mom is the same. They’re always rooting for me. I couldn’t have done any of this without them.” Many people on the outside looking in might think that actors only go on set and read their lines, “but it’s nothing like that,” noted Louise, adding “there’s a lot of inner work that goes into what you’re character is…there’s meaning behind everything and you have to find that and project that into your acting. Then you have to find a way to connect with what’s going on with your character.” Acting has a lot to do with what the character is feeling, the challenges they’re facing and whatever battle they’re facing, and “in that moment, you’re feeling everything they’re feeling,” she said. “You’re taking every single thing thrown at you and just letting go. And that’s when I’m in the moment. I’m no longer Layla Louise. I’m the character. It’s a precious experience and I feel lucky I get to do that.” She also loves being immersed in an art form that requires constant learning and growth – as well as teamwork by like-minded individuals. “It’s amazing how much work and dedication goes into one shot,” said Louise, adding this requires many aspects, including the lighting, the blocking, the camera, the sound, the props, and the set up. “And sometimes, something amazing happens when it’s not even written in the script – maybe something the director sees on set or something an actor just did – and it just works in that scene and that’s just another amazing aspect of the beauty of film,” she said. Looking back on the tremendous success she’s had since moving to Los Angeles, Louise believes “whatever your dream is or whatever your passion is, never think it’s out of reach, never give up on your dream.” “I always wake up and say to myself there are 24 hours in the day – make them count,” she added. “Every hour, minute, second is precious to achieve what you want. Go grab it. I love acting. When you love something, you just do it without thinking. I wouldn’t change it for the world.”
Copyright © 2019. The National Business Post. All rights reserved.
Alicia Doyle is an award-winning freelance journalist whose articles have appeared in The LA Times, San Diego Tribune and The Ventura County Star. With an affinity for human interest stories, Alicia has taken a special interest in those people, places, events and organizations that have positively impacted the world around them. Alicia lives in Ventura, CA.